The best truck driver in Russia was determined in Simferopol

The All-Russian competition of professional skills "The best truck driver" which was organized by the Scientific Research Institute of Automobile Transport at the request of the Ministry of Transport of the Russian Federation with the support of the Government of the Republic of Crimea and the Administration of the city of Simferopol ended on November 13 in Simferopol.

More than 30 truck drivers from 25 cities of Russia: Arkhangelsk, Yekaterinburg, Moscow, Nizhny Novgorod, Podolsk, Rostov-on-Don, Chelyabinsk, Yakutsk and other cities of Russia came to compete for a prize fund of 1,000,000 rubles. 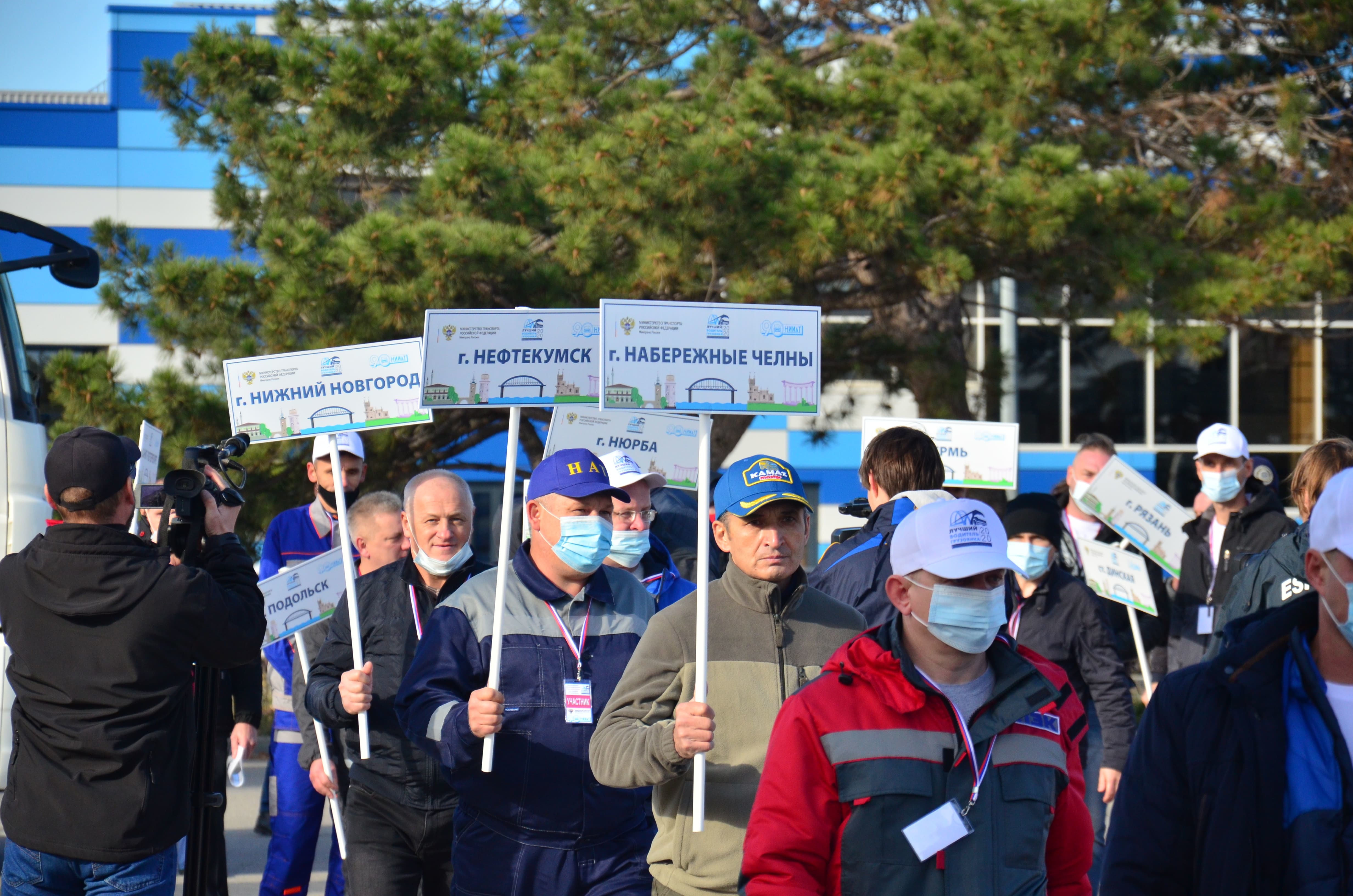 The prizes were awarded to the winners of the Competition by the Deputy Chairman of the Organizing Committee of the All-Russian Competition of Professional Skills "The Best Truck Driver" and General Director of the Scientific and Research Institute of Motor Transport (NIIAT) Alexei Vasilkov, First Deputy General Director of the Federal Budgetary Institution Agency for Automobile Transport "Rosavtotrans" Ruslan Luzhetsky and the Head of the Southern Interregional Directorate Gosavtodornadzor in the field of transport Igor Vysotsky. 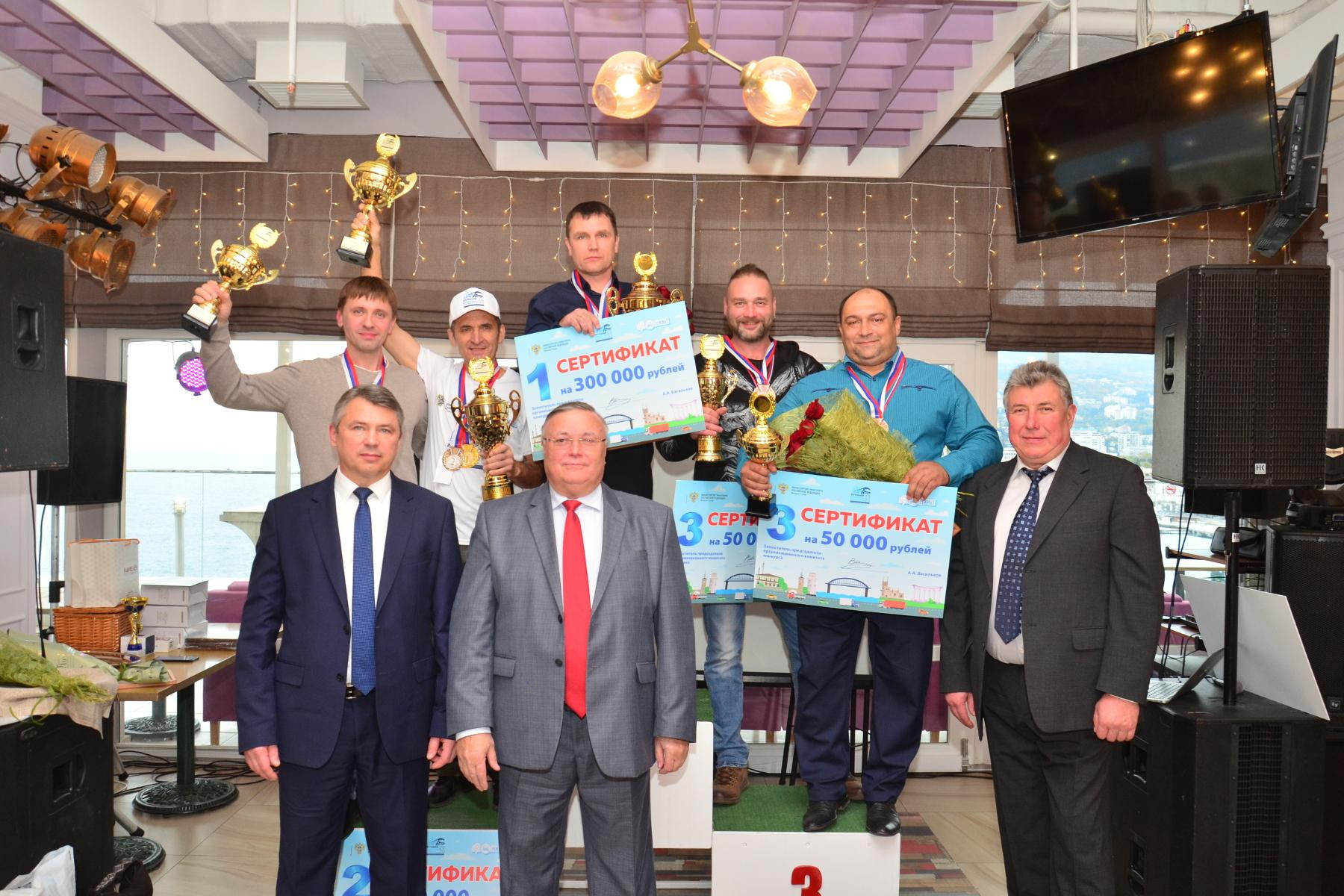 Alexey Vasilkov noted in his address to the participants of the competition that the All-Russian competition of professional skills of drivers “The Best Truck Driver” is a very important part of the federal target program “Road Safety Strategy 2013-2020” aimed at raising the prestige of the driver's profession. The best drivers from different parts of the our country came to the competition and today we are honoring those who are the best!"

The aim of the competition "Best Truck Driver" is to improve the professional knowledge and skills of truck drivers, identify the best drivers and disseminate their experience, increase the role and popularization of the truck driver's profession, create a conscious need to comply with the Highway Code among all categories of road users - in the first place, from drivers, improving the quality of freight traffic, increasing the main performance indicators of freight transport, creating a favorable psychological climate, information and methodological support to involve the constituent entities of the Russian Federation in the activities provided for by the direction "Raising legal awareness and preventing dangerous behavior of road users of the federal target program "Improving safety road traffic in 2013-2020", as well as attracting wide public attention to the road freight transport of Russia as a means of ensuring high rates of economic growth, the full realization of the potential of freight road transport.

During three days of the competition the participants of the competition had to demonstrate their skills in driving a truck on a special track and with certain conditions, including "Fragile Cargo" which includes the most careful movement along the test track: before starting in the back an open container with water is placed in the car and the driver's task is to carry out all the exercises sequentially to deliver the container from start to finish without losing water. During the competition the drivers were also tested on their theoretical knowledge and knowledge of traffic rules. The competition route was designed in such a way as to take into account the situations that drivers face in their daily work.

KAMAZ became a partner of the All-Russian competition of professional skills "The best truck driver". Participants of the Competition competed on cars of this company. 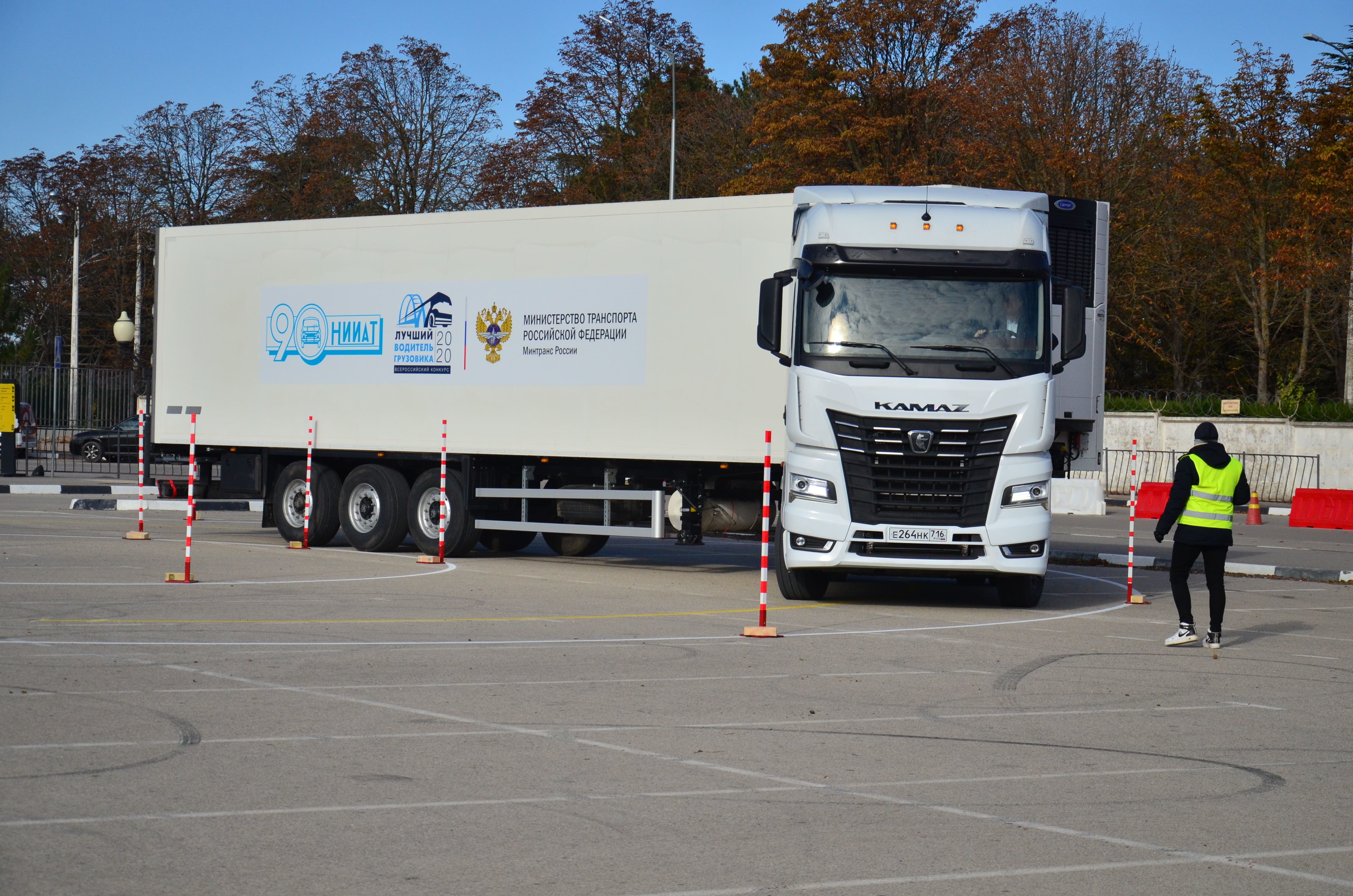 According to the results of the competition, Ivanov Petr from Naberezhnye Chelny became the best driver in the category "cars with a carrying capacity of up to 10 tons".

In the category "cars with a carrying capacity of over 10 tons" the best driver in Russia is Andrianov Sergey from Yekaterinburg. 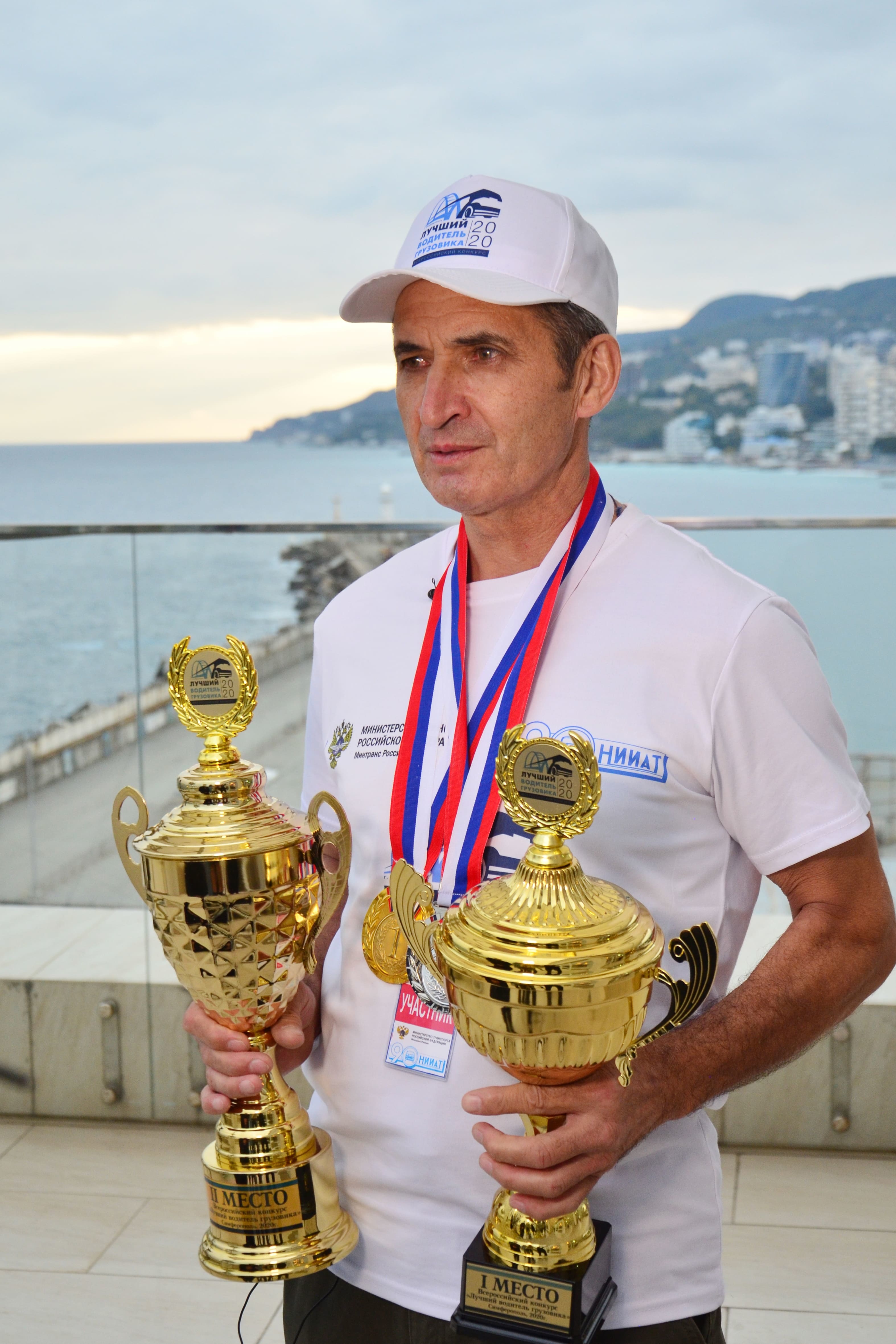 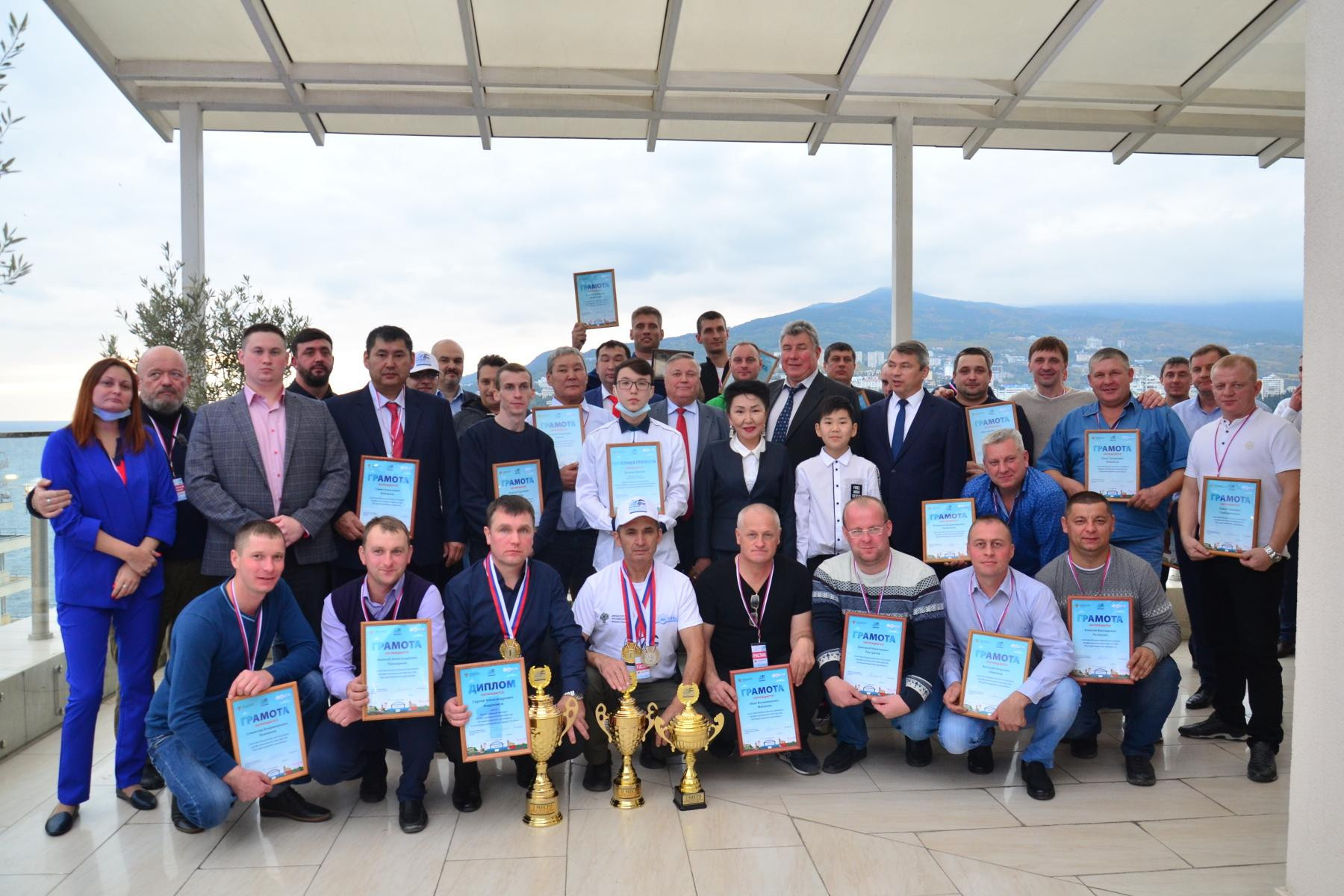 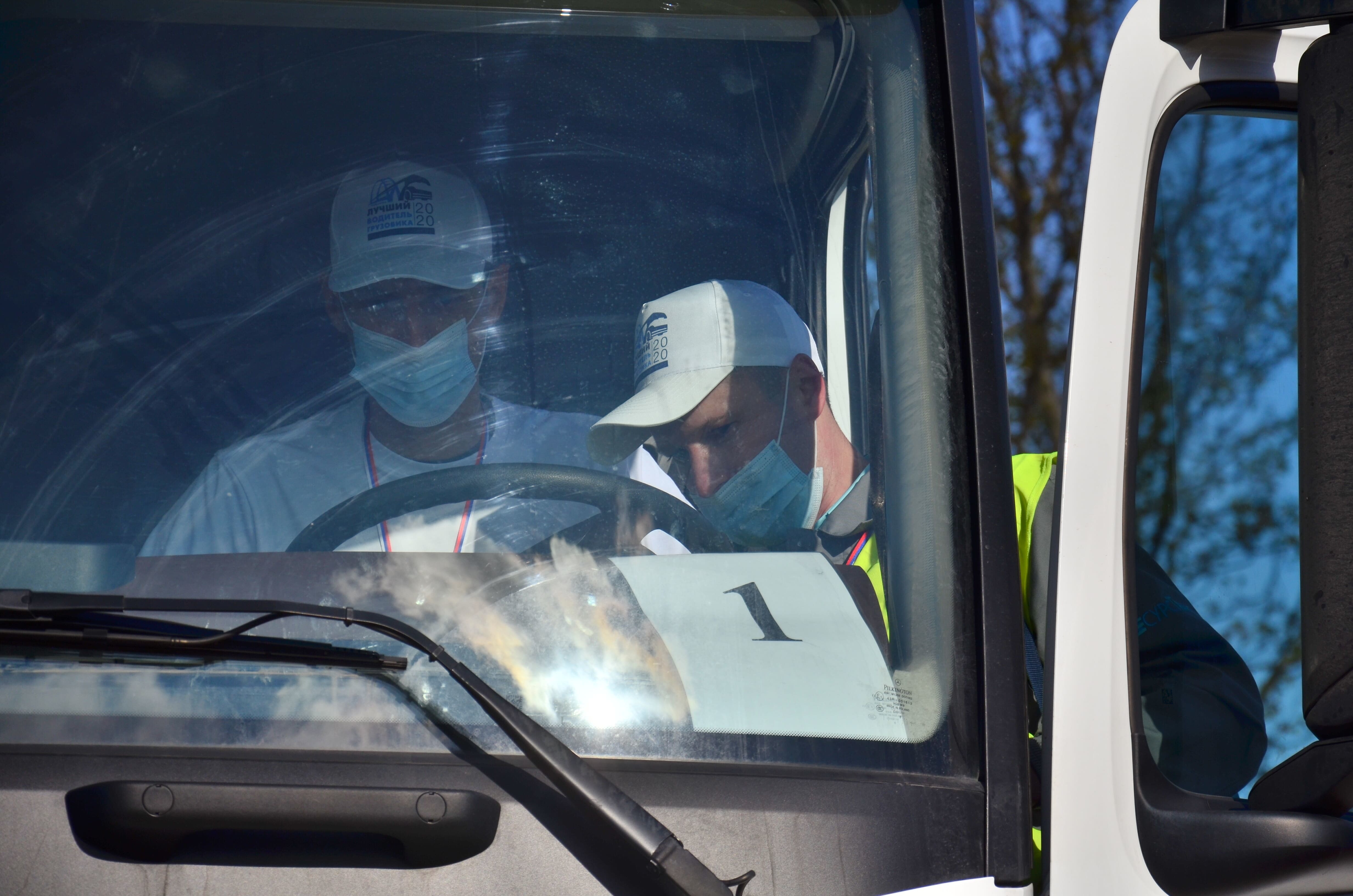 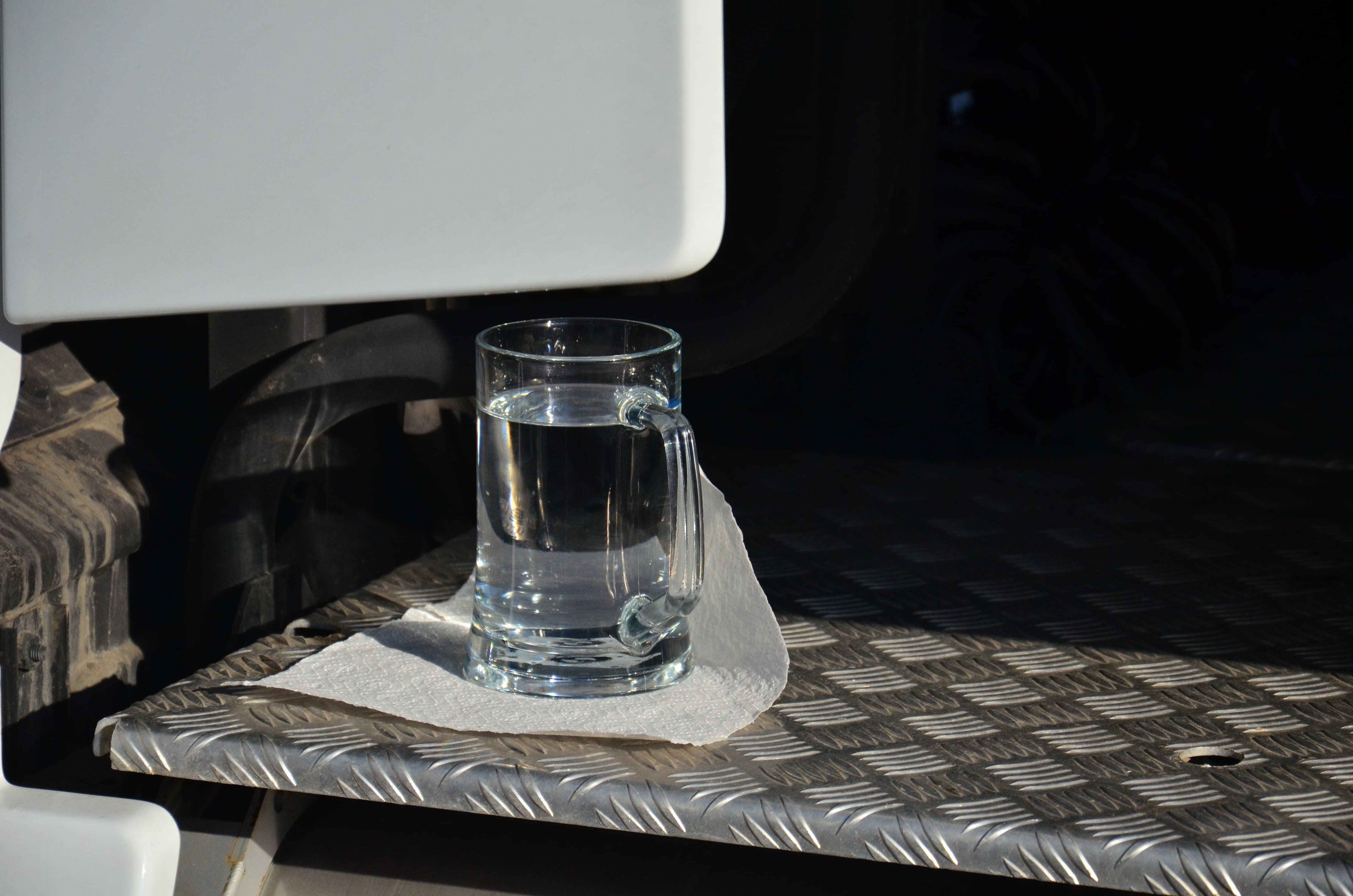 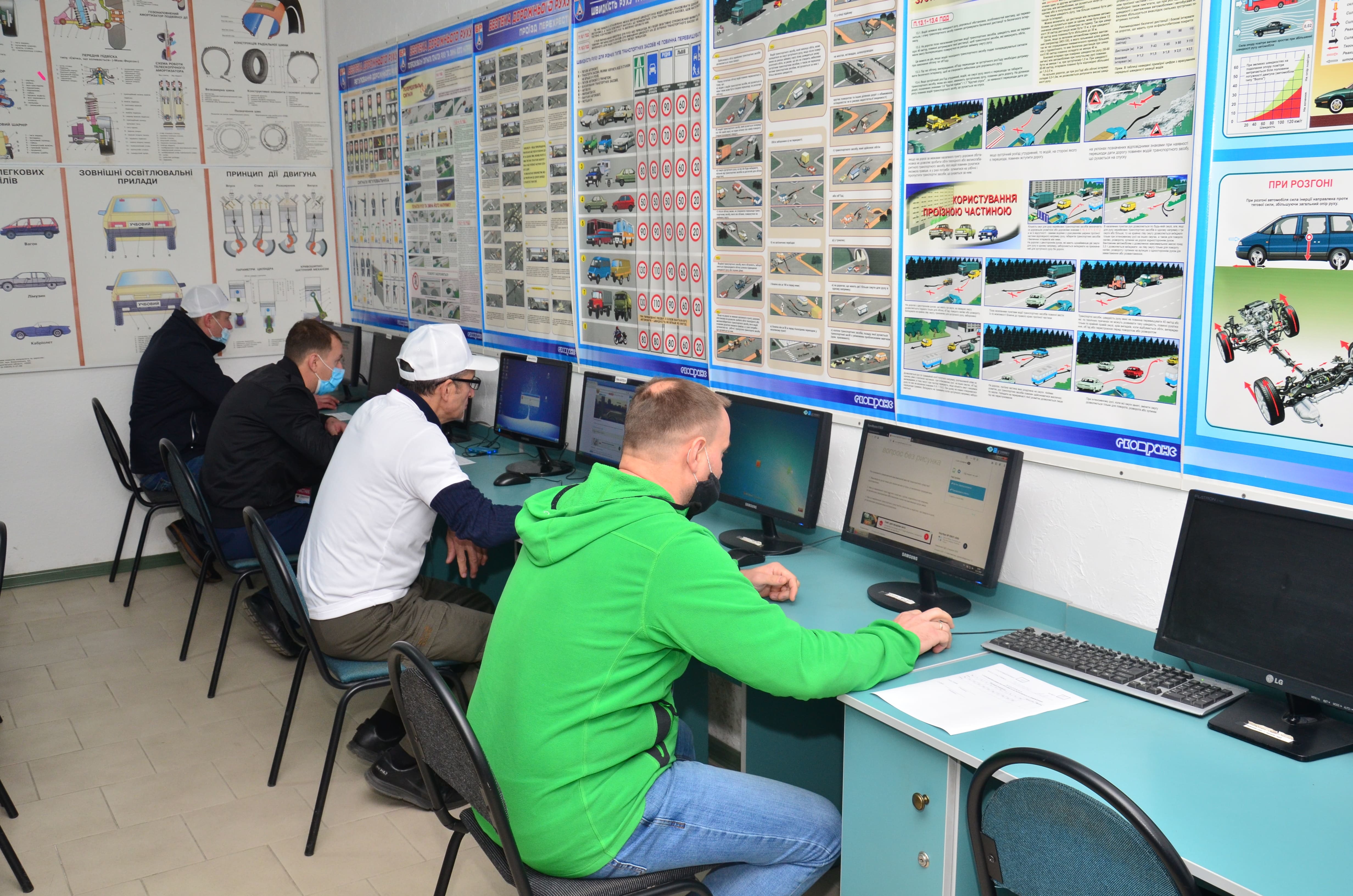 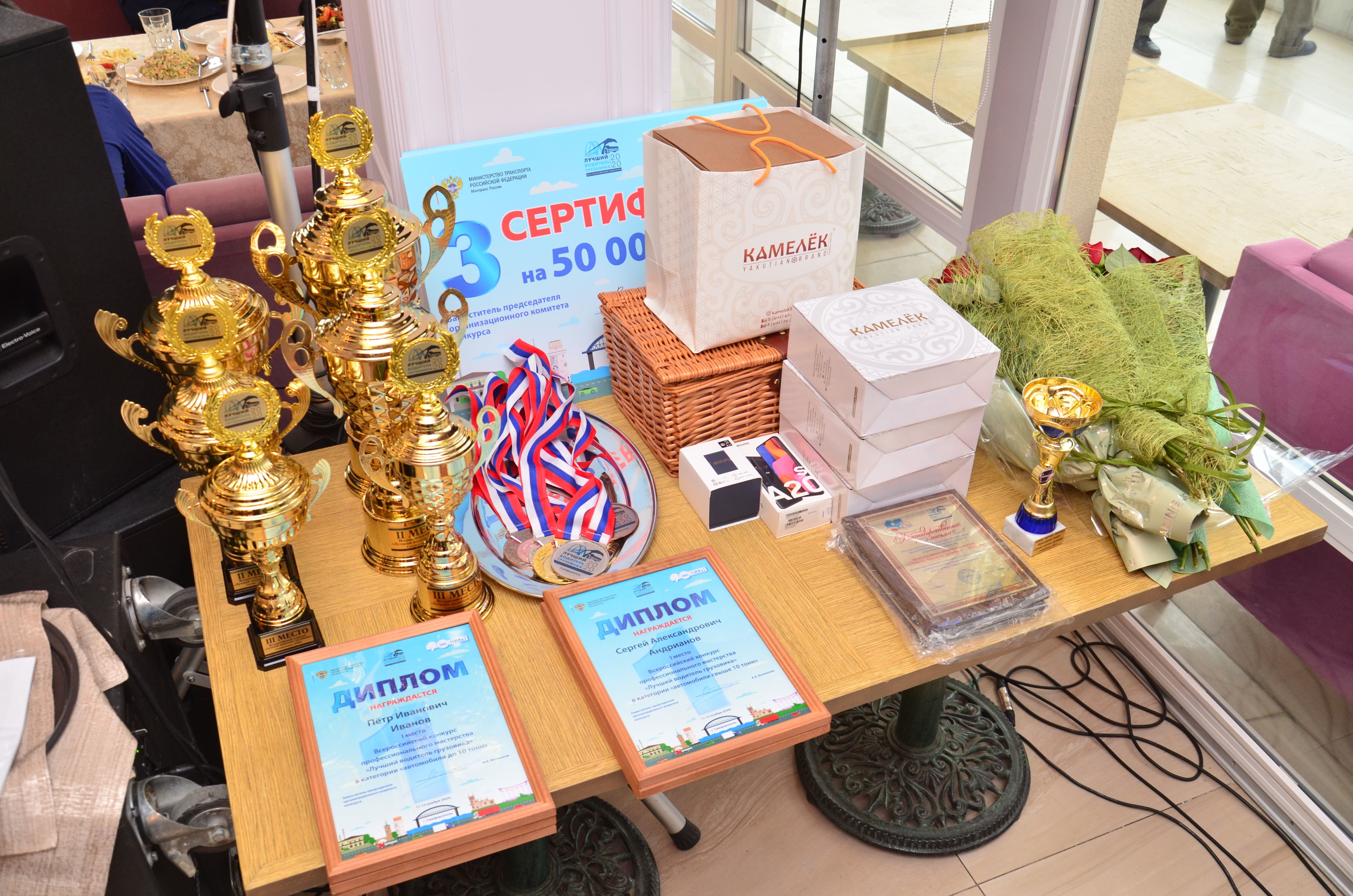 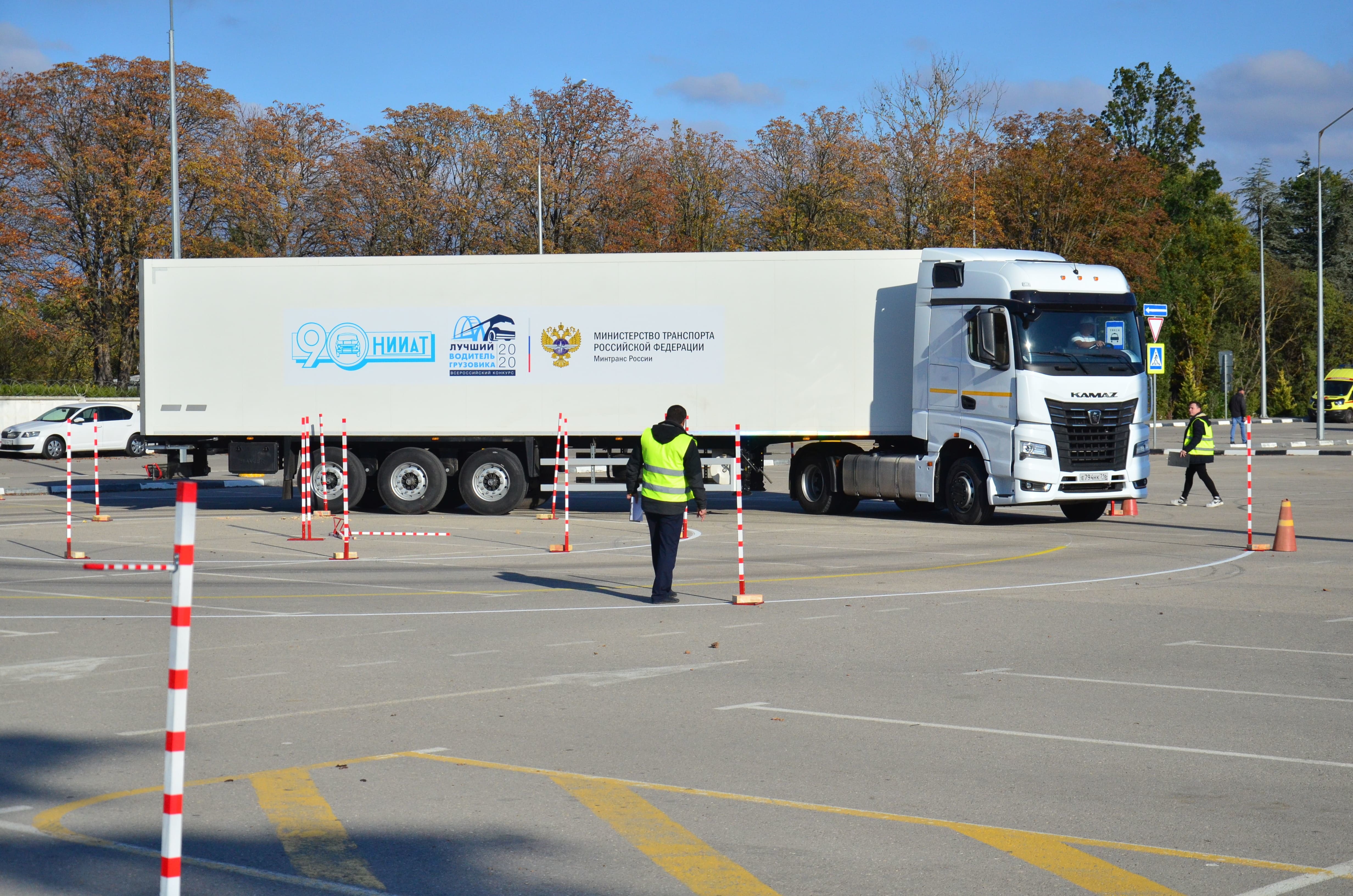 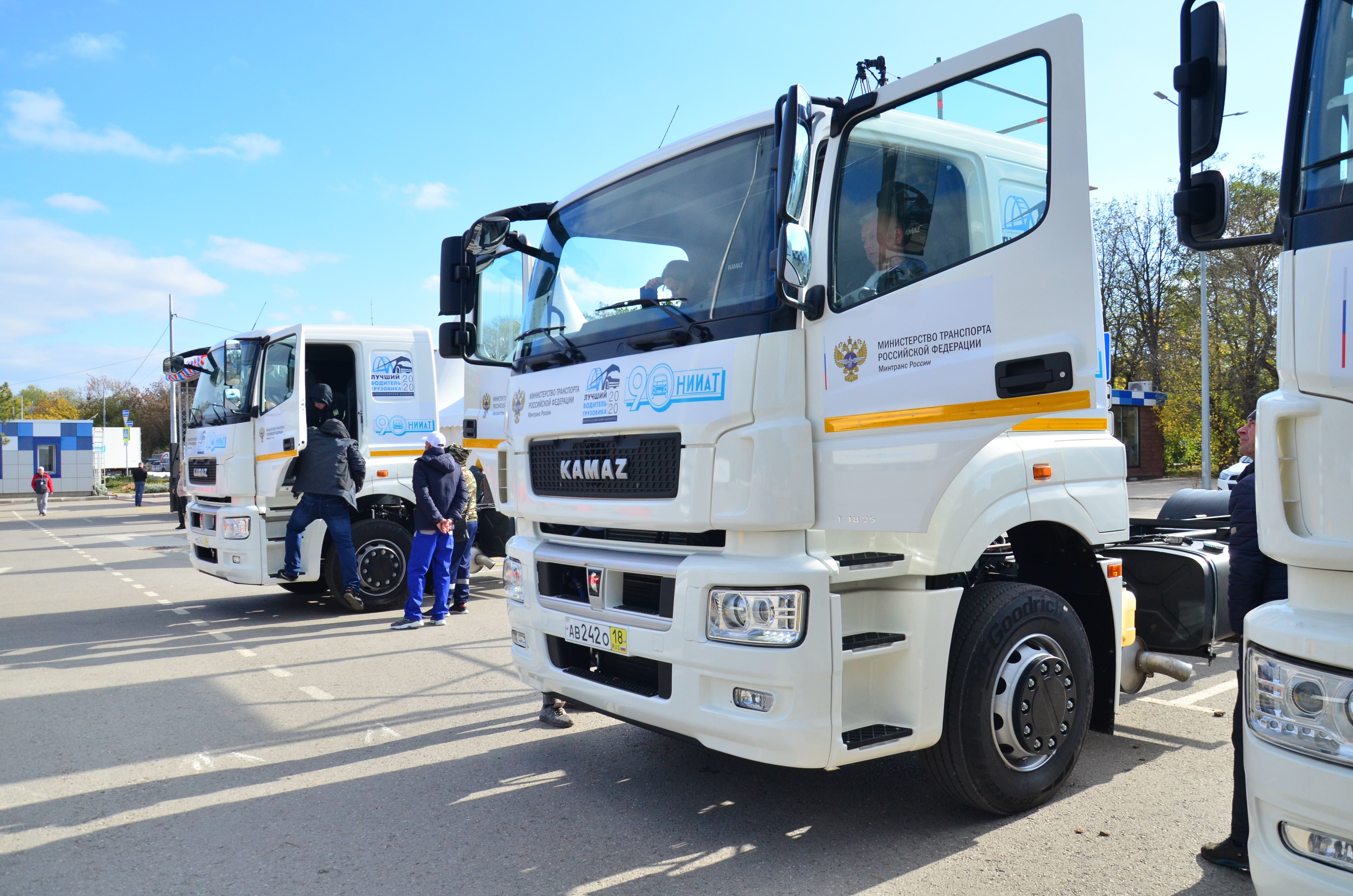